Or landscape watching itself

A black cone, where a man (operator) can be located. A video-camera’s eyelet sticks out of the vertex of the cone. The camera is directed at a spherical (cambered) mirror fixed at the cone. The operator moves together with the whole construction making video filming. The shot doesn’t exceed the mirror bounds. The camera shoots in the mirror:

2. The camera’s eyelet and the cone with the mirror’s bearings, which are perspectively shrunk.

Description of the perspective shrinkage:

The picture from the camera is communicated in real time to a projector situated in a gallery. Spectators watch the black dot’s travel in space. At the moment when the cone with the operator (observer) inside moves to the gallery’s space, spectators (observers of the observer’s absence in the observed space) will find themselves in the area observed by the absent observer, keeping on observing at the same time. 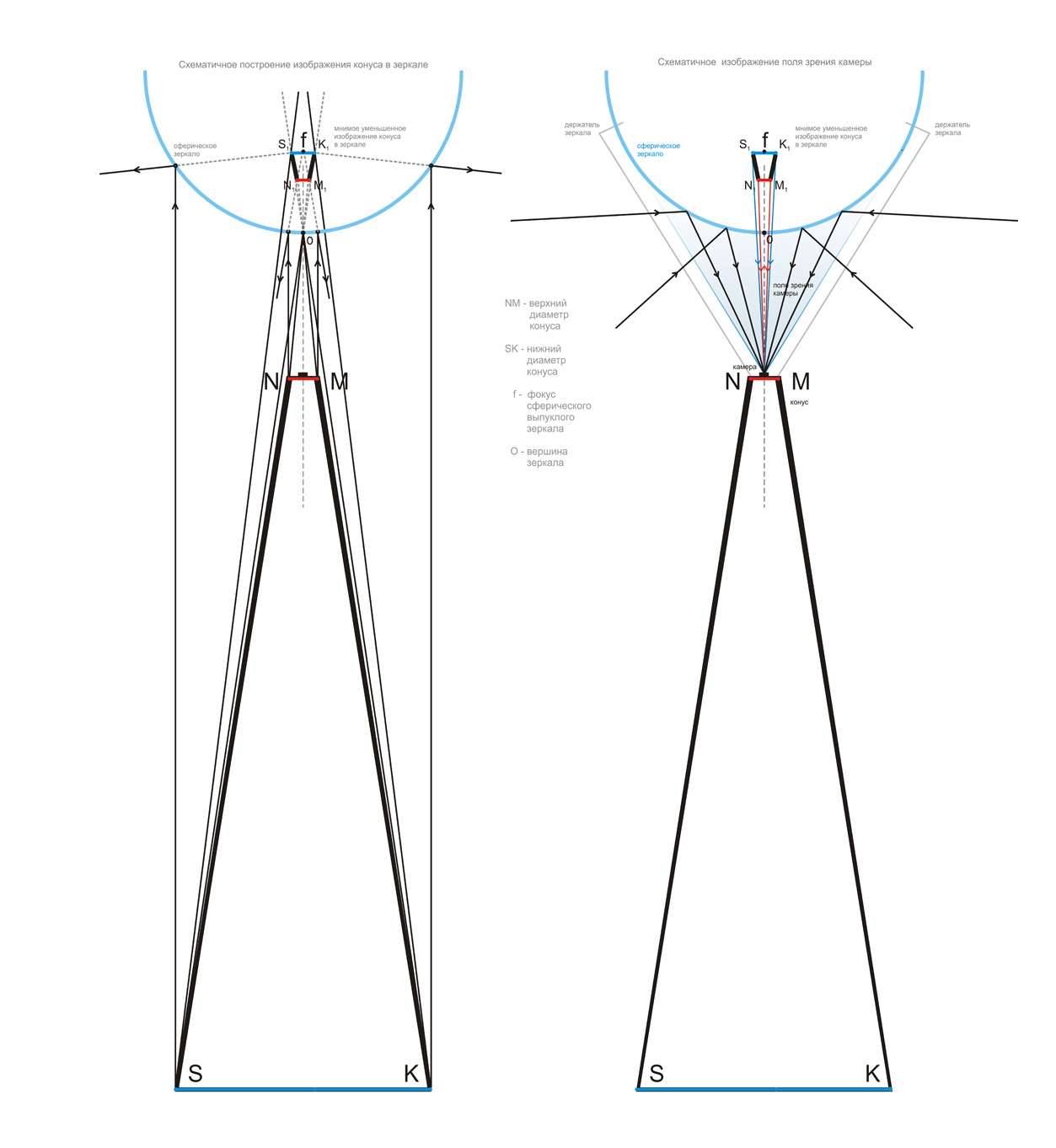 (.) or landscape watching itself